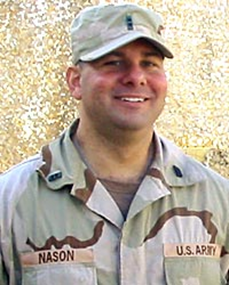 When a soldier joins the United States Army, he or she takes an oath to serve and defend the Constitution, at whatever the cost.  This oath may result in the ultimate sacrifice ever, the loss of one’s own life.  It is an extremely tragic event when one of our gallant servicemen or women is killed in the line of duty, protecting the freedom of our great country and our citizens.  It is unthinkable, however, to image that a fellow soldier would kill one of our very best.  Yet on the 23d of November 2003 during Operation Iraqi Freedom, this scenario played out as CW2 Christopher G. Nason was tragically killed when the vehicle he was a passenger in hit another vehicle causing his and two others deaths.  He left behind his sister Gina.

CW2 Christopher G. Nason served his nation for over 18 years as an active duty serviceman in the United States Army and Air Force.  He was born on 11 July 1964 in Los Angeles, California.  In 1985, he enlisted in the United States Air Force and attended AIT at Mathers Air Force Base, California to become a B-52 Tail Gunner.  In 1988, he attended the Defense Language Institute, Foreign Language Center for Arabic in Monterey, California.  Upon graduation in 1990, he was assigned to Iraklion Air Base in Crete, Greece.  After his assignment to Greece, he was assigned to the National Security Agency at Fort Meade, Maryland, in 1992.  In 1995, he returned to the Defense Language Institute, Foreign Language Center where he served as a Military Language Instructor (Arabic).  After four years, he attended the Warrant Office Candidate School at Fort Rucker, Alabama and the Warrant Officer Basic Course at Fort Huachuca, Arizona in 1998. Upon graduation in 1999, he was assigned to the Gordon Regional Security Operations Center at Fort Gordon, Georgia where he served with distinction as the Operations Division Senior Linguist and Deputy Branch Chief.  In 2002, he was assigned to Company A, 306th Military Intelligence Battalion as the Chief of the Aviation Section, New Systems Training Integration Office.

In July of 2003, CW2 Nason volunteered for a tasking to be the Linguist Contract Officer for ARCENT in Kuwait in support of Operation Iraqi Freedom. He was killed in a vehicular accident north of Mosul, Iraq on 23 November 2003. 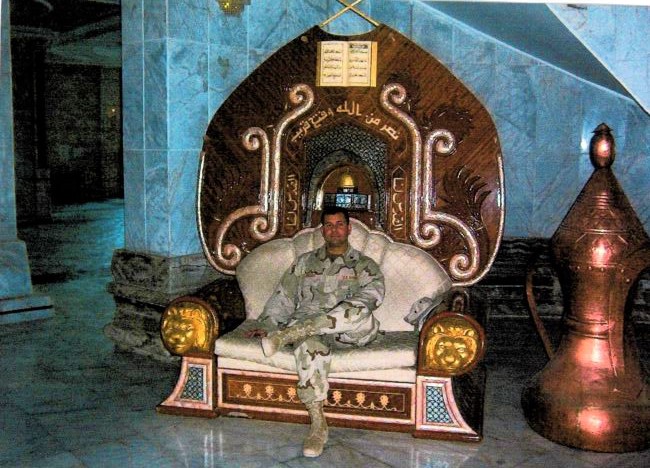 Inside the Al Faw Palace there is a throne that belonged to Saddam Hussein. The chair was given to Saddam by Palestinian Yasser Arafat.  If you look closely at the top of the chair you see the Quran. Inscribed on the page is a verse from the holy book, the verse reads: In the name of God the merciful and gracious, Glorifies who traveled his servant by night from Mecca to Jerusalem. Written on the arch: Victory from God and conquest is soon. 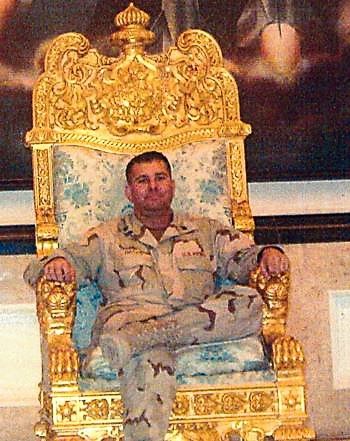